Army Does An About-Face On Berets 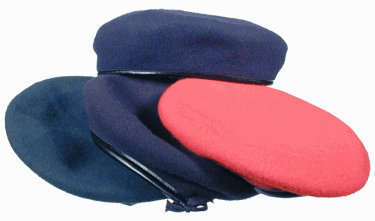 The Army Is Giving the Boot to New Black Berets Made in China WASHINGTON--The "Made in China" label will not be welcome in the U.S. Army as the service outfits about half a million troops with new black berets, the Pentagon said Tuesday.

"The Army chief of staff has determined that U.S. troops shall not wear berets made in China or berets made with Chinese content," Deputy Defense Secretary Paul D. Wolfowitz said.

"Therefore, I direct the Army and the Defense Logistics Agency to take appropriate action to recall previously distributed berets and dispose of the stock," he said in a statement.

The Pentagon gave no reason for Tuesday's move. But the announcement came on the heels of rising tensions between China and the United States over the collision of a Navy spy plane and a Chinese fighter jet April 1. Moreover, it followed criticism from Congress of the Defense Department's decision to let contracts totaling $29.6 million go to companies in China and elsewhere to make the black caps, instead of to American firms. The Army said the new berets will be ready for use June 14, the service's 226th birthday.