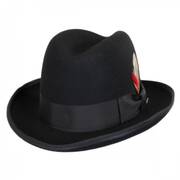 Made in the USA - Classics Godfather Hat

…back to the early 19th Century, the Homburg (as it was known) was commonly worn by well-dressed, affluent gentlemen – it was the everyday hat of bankers and politicians. Originally named after the city in Germany, Al Pacino is credited with changing the name to ‘Godfather’ after he famously wore it… 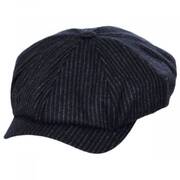 Designed in Sweden; Made in Estonia   Limited Edition   19th century London banker meets fashionista of the 21st century, we present Wigens Caps' Pinstripe Retro Wool Newsboy Cap! Made of 100% wool, the attractive pinstripe pattern is vintage chic. And thanks to the tartan…