Tips of the Hat 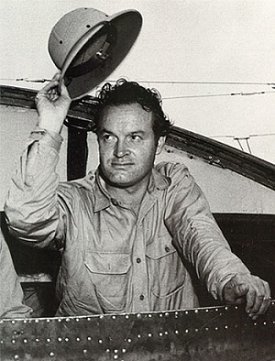 They keep their wearers warm in the winter and cool in the summer, and sometimes function strictly as fashion accessories. But they also come with etiquette so complex that people have to consult guides just to wear them.

No other article of clothing must be donned, tipped or shed depending on the time of day, the type of event attended, whether the National Anthem is being played or whether a woman is present.

Sometimes hats are removed in elevators, sometimes they aren't. Men must take off their hats during the National Anthem, but women don't. Or do they?

There was a time when almost everyone knew these rules, but ever since hats fell out of fashion about 40 years ago, entire generations have come of age with little understanding of proper topper protocol.

More casual rules are followed today, sometimes appalling older people who remember traditional customs. So if you're donning an Easter bonnet today, it couldn't hurt to know some of the rules.

"It used to be very much an act of courtesy and respect to remove your hat," said Rancho Santa Fe resident Susan Witt, who teaches international protocol at San Diego State University. "It was kind of a flourish when a man removed a hat to show courtesy to a woman. It was a way of flirting. I think if men realized how handsome they looked when they wear a hat, they'd make a comeback."

Men aren't expected anymore to tip their hats in passing to women, but they are expected to remove them during the National Anthem. But are women required to do so?

"If it's a formal hat, even during the National Anthem, a woman would not remove her hat," Witt said.

Not everybody understand that rule, however, and some people take offense when a woman leaves her hat on. In those cases, Witt suggests it is better to set protocol aside for civility and harmony. "Sometimes it's better to succumb to the moment," she said.

Why are there different rules for men and women? Nationally syndicated columnist Miss Manners suspects it may have to do with the dramatically different styles of men's and women's hats.

Men's hats are easily removed, but women's hats with ribbons, bows, flowers and other decorations can be quite a production to remove, especially if they're anchored with hat pins.

Fair enough, but what if the woman and man are both wearing baseball caps? Does it make sense that only the man takes off his headgear during the National Anthem? Probably not, Miss Manners suggests. Without the traditional ladies' hat, she wrote, "you cannot claim the ladies' exemption."

Readers also have asked Miss Manners whether women are required to wear hats indoors and outdoors during the day, a question that once would have been obvious, according to Miss Manners.

"Ladies properly keep their hats on indoors, everywhere except their own houses, during the day," she writes. "Luncheons even traditionally required ladies to wear hats."

Escondido resident Jim Butkis, 59, always wears one of his 70 hats when going out and says he never has a problem remembering the rules.

"I instinctively follow it," he said about hat etiquette. "It wouldn't occur to me to wear a hat inside. It always surprises me when I see someone wearing a baseball cap in a relatively good restaurant."

Eric Leiser of San Diego, 20 and an employee at Villagehatshop.com, loves wearing classic hats, but he doesn't see much sense in following rules he sees as archaic.

"I get a little uncomfortable, and sometimes I'll take the hat off and sometimes I won't." Leiser said he won't wear a hat if he goes to other churches because he's wary of how people might react, however.

"I wouldn't wear it on a first date," Leiser said. "I wouldn't take it off in a restaurant, but maybe if it's at the Ritz Hotel, I would."

Not everybody is as lenient about hat etiquette. Leiser said his father, an accountant who works in Escondido, has told him he would not even wear a hat on casual Fridays.

There is one piece of hat etiquette Leiser still finds useful.

"A lot of times if I meet somebody, I'll do this because it's cool," he said, touching the brim of his gray fedora-like hat.

For people who want to brush up on etiquette before going out with a hat, numerous books and Web sites are available.

Advice from such etiquette sages as Amy Vanderbilt and Emily Post: Post is quoted as saying in 1959: "It is impossible for a hatless woman to be chic." She added that it is incorrect to wear a hat with an evening dress, however.

Hats can be worn to theaters or concerts, but people should remove them if they are blocking anyone's view.

Hat-wearers must be careful when putting something on the hatband, by the way. Anything put on the band of a man's hat must be on the left side, and anything on a woman's hatband must be on the right.

Amy Vanderbilt gave women the choice about whether to wear hats to outdoor parties and weddings in her 1963 "New Complete Book of Etiquette." Women should keep their hats on in homes holding christenings, weddings and funerals, because in those occasions the house is treated as if it were a house of worship, she said.

Women should not remove hats that go with dinner suits or dinner dresses throughout the evening. Miss Manners notes that daytime hats must be doffed at dusk.

If that is confusing, consider the rules Emily Post lays out for men who encounter women in elevators. A gentleman must take off his hat when a woman enters an elevator in an apartment building or a hotel, as those are considered dwellings. He puts it on again in the hall, because a public corridor is like a street. In public buildings, however, the elevator is also considered public, and the hat can stay on.

In Post's "Etiquette: The Blue Book of Social Usage" from 1959, she wrote that men tip or lift their hat only to strangers, not to friends, although a man would lift the hat if he encountered his wife. A hat also is tipped to a woman when passing in a narrow space or when the man speaks to her. If a man runs into a female acquaintance, he must take his hat off when talking to her, but can put it back on if they start walking.

Butkis said he remembers his grandfather had one big rule about tipping hats: Just don't do it to men.

"If you look at some of the old, old cowboy movies, like Tom Mix, if they'd really want to insult somebody, they'd tip their hat at them," he said. "My grandfather would say it's akin to calling them a woman."