The Jaxon Alpine Fedora Hat is a great looking fedora at a great price! The beautiful moss colored wool felt fedora features the traditional corded hatband and a feather on the side as trim. The Alpine will keep you looking your best, especially in the Austrian Alps!   Approx. 4… 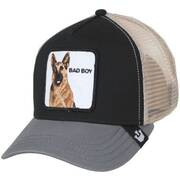 Protective, confident, disciplined, the German Shepherd is working dog seen in all vocations of life. Show your support for the working dog with the German Shepard Mesh Trucker Snapback Baseball Cap from Goorin Bros! The mesh back panels and buckram-supported front panels create a classic… 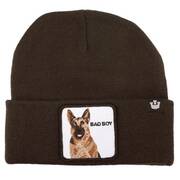 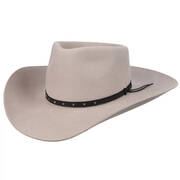 …and cowboy actor during the days of television. He and his third wife Dale Evans (the Queen of the West), his golden palomino Trigger, and his German Shepard Bullet, were featured in over one hundred movies and The Roy Rogers Show which ran on radio for nine years before moving to television from…