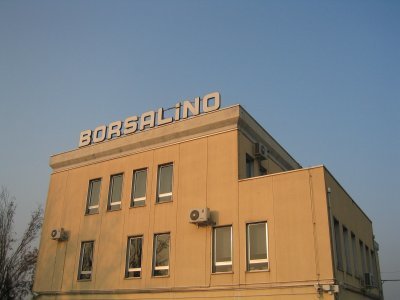 Here's a bit of hat trivia that may come in handy if you are the million dollar question creator for a TV game show:

Up until approximately the middle of the 20th Century some hat companies in Italy and England used a hat size scale known as PUNTI. It is thought that originally the system was designed to indicate the crown height of skull-type hats, and simply evolved into this other system. Judging by hat size tags alone, Borsalino used the system well into the 20th Century. Wilson and Stafford in the UK also used the PUNTI system.

This link to the HatsUK.com information on Punti hat sizes is the best explanation we've been able to find on this obscure bit of hat trivia. The formula that sometimes shows up for determining one's Punti size - circumference of one's head in inches divided by pi + 1 (4.145) - does not hold up to scrutiny.