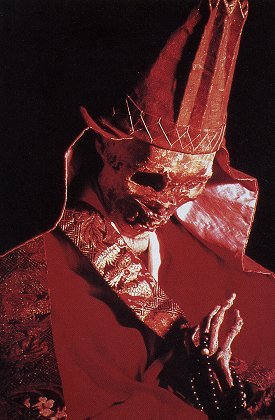 Most Japanese mummies were Buddhist priests who started their own mummification while they were still alive. As a young man Tetsumonaki killed a samurai in a fight over a woman. He ran for safety to a temple and lived there the rest of his life as a Buddhist priest. He died after three years on a starvation diet. Note that he is dressed in Buddhist religious robes and hat.